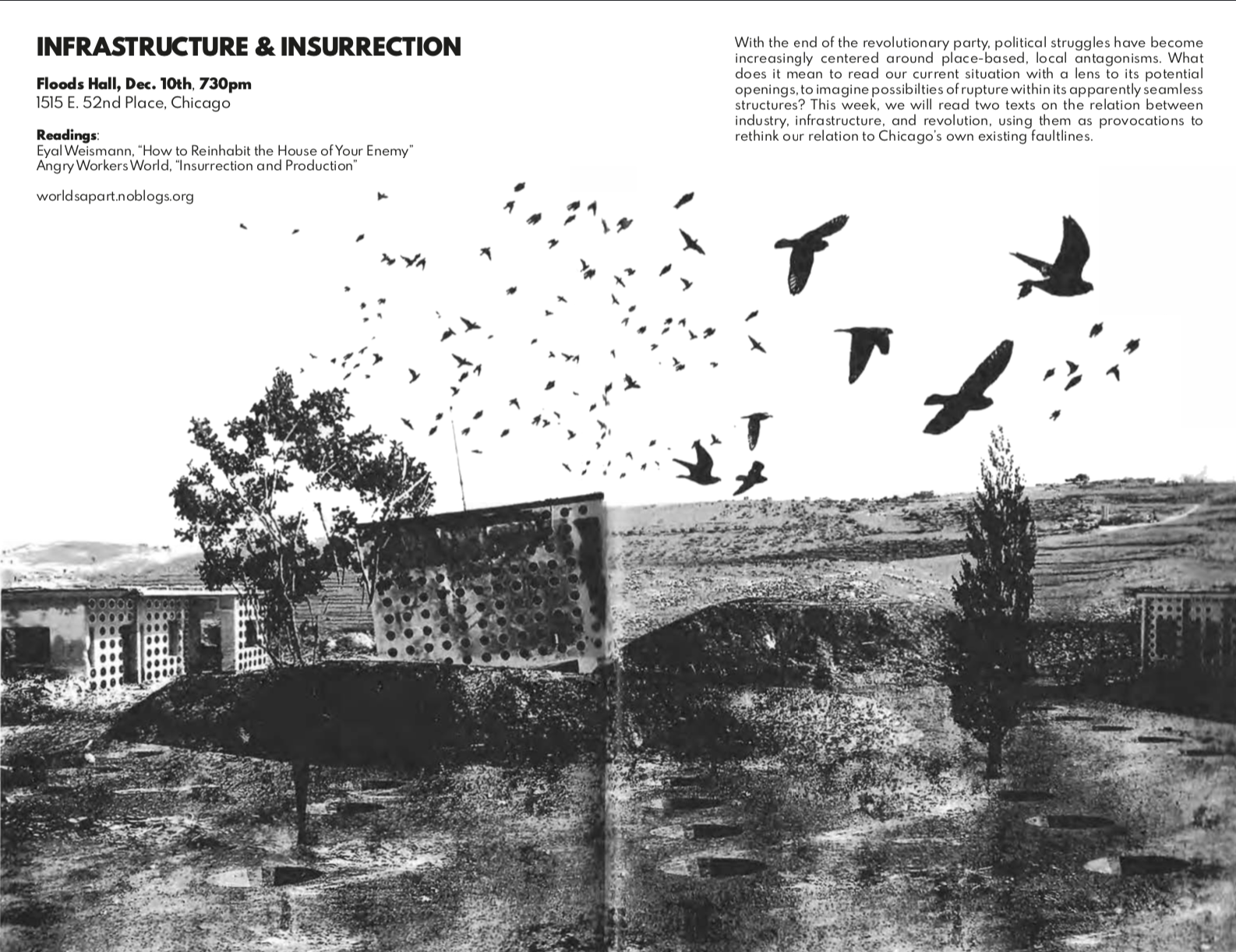 With the end of the revolutionary party, political struggles have become increasingly centered around place-based, local antagonisms. What does it mean to read our current situation with a lens to its potential openings, to imagine possibilties of rupture within its apparently seamless structures? This week, we will read two texts on the relation between industry, infrastructure, and revolution, using them as provocations to rethink our relation to Chicago’s own existing faultlines. Readings:

Eyal Weismann, “How to Reinhabit the House of Your Enemy” | READ 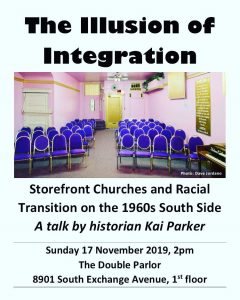 Sunday at 2pm, we’ll be joined by former-Chicago historian Kai Parker, who will talk about how the notion of “racial progress via integration” in fact led to ghettoization on the south side, as neighborhoods transitioned from white to black. All are welcome. 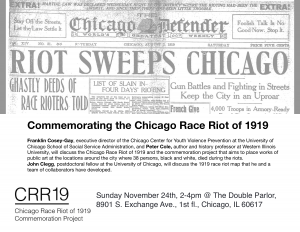 Commemorating the Chicago Race Riot of 1919

Franklin Cosey-Gay, executive director of the Chicago Center for Youth Violence Prevention at the University of Chicago School of Social Service Administration, and Peter Cole, author and history professor at Western Illinois University, will discuss the Chicago Race Riot of 1919 and the commemoration project that aims to place works of public art at the locations around the city where 38 persons, black and white, died during the riots.  John Clegg, postdoctoral fellow at the University of Chicago, will discuss the 1919 race riot map that he and a team of collaborators have developed. 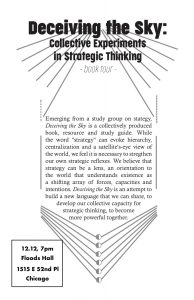 We’re excited to announce that friends from Olympia WA will be touring the Midwest next month for their new book on collective strategic thinking. They’ll be making a stop in Chicago on Dec 12, at @FloodsHall . Don’t miss it. 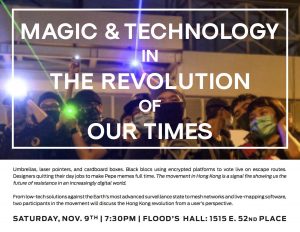 On Nov 9th, 2019, there is a special guest presentation by comrades who traveled to Catalonia and Hong Kong. Floods Hall, 730pm. 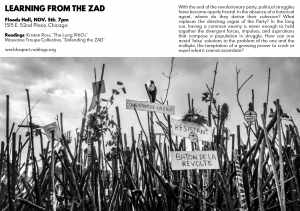 With the end of the revolutionary party, political struggles have become openly fractal. In the absence of a historical agent, where do they derive their cohesion? What replaces the directing organ of the Party? In the long run, having a common enemy is never enough to hold together the divergent forces, impulses, and aspirations that compose a population in struggle. How can one avoid ‘false’ solutions to the problem of the one and the multiple, the temptation of a growing power to crush or expel what it cannot assimilate?

Join us on Nov. 5th at 7pm for a discussion of two texts taking up the question of “composition” as a strategy for building movements. Although we will take the movement against the airport in Notre-dame-des-landes, France as our case study, our ultimate interest is in thinking about the potentials for struggle here in Chicago.

Kristin Ross and Mauvaise Troupe, The ZAD and No-TAV, “Preface”

Alessi del Umbria, “Being in the Zone. Concerning Conflicts Within the ZAD”

John Jordan, “For the Love of Winning. An Open Letter to Extinction Rebellion” 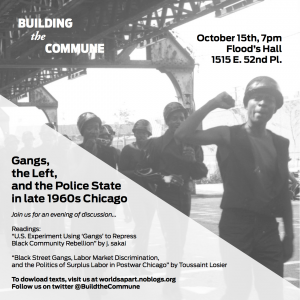 On Tuesday Oct 15th, we will be discussing two texts dealing with power and recuperation in 1960s Chicago:

Toussaint Losier, “‘The Mortar Between the Bricks Will Be Blood’: Black Street Gangs, Labor Market Discrimination, and the Politics of Surplus Labor in Postwar Chicago”.  READ | PRINT

This week will be our first meeting at a community space in Hyde Park, called Floods Hall, located at 1515 E. 52nd Pl (3rd Floor). 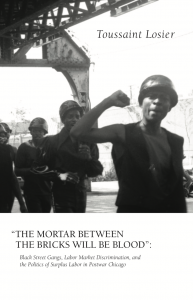 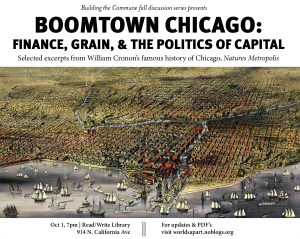 On Oct 1, at 7pm, join us for a discussion of the role of speculation and finance in the rise of Chicago capitalism. Our text will be excerpted from Cronon’s famous history, Nature’s Metropolis. A PDF of the reading is here, including a Zine layout version: 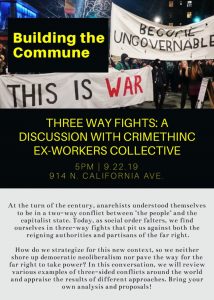 On Sept 22, at 5pm, come talk with members of the Crimethinc anarchist collective about the complexities of multi-front wars in the twenty first century. 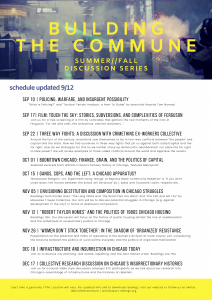 We’re happy to announce that, with a little reshuffling, we’ve added two new events to our Fall 2019 calendar. On Sept 22 (note: a Sunday), at 5pm, we’ll be having a guest facilitation by a member of the Crimethinc Ex-Workers Collective, on three way fights. Also this coming Tuesday, there will be a film on the Ferguson uprising (see post below for details).