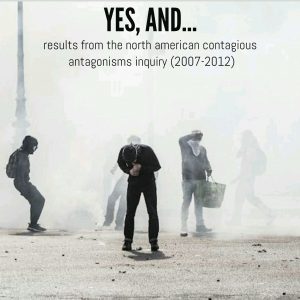 On Friday Dec 30, 730pm, we’ll be reading “Yes, And…”. The article appeared online in April 2012, attributed to the “North American Society for the Advancement of Criminal Science”. Largely unknown, it resurfaced recently in a zine collection entitled War in the Streets – Tactical Lessons from the Global Civil War, PDF’s of which can be downloaded here.

“Imagine the event of an insurrection as either a complex experimental symphony or a drawn out improvisational drama, with a touch of comedic elements and heroism. In either situation, all the participants will rst begin with almost no plan or shared sense outside of their environment or their knowledge of their instruments—most times no one will have any intent on playing together. Something happens, someone begins to play, and when the rhythm touches others they join in. Or in the latter case someone speaks, asks a question, and others respond and build on the narrative. In each case the primary operation must be endowed with a force of seduction. is is not to say erotic or pleasurable even, but decisive in how it approaches its environment. e operation must pose a question that is irresistible to answer. An experimental com- poser once said “the hidden secret that makes this thing function is that the audience wants to be a part of the […] plot” is originary operation, the gesture that repeats itself even as it grows in complexity, must solicit the response “Yes, and.” is is how we can measure the success of the black bloc.”

As always, we will meet at Breakaway Social Center, at 2306 S. Kedzie. Free coffee and tea will be served. 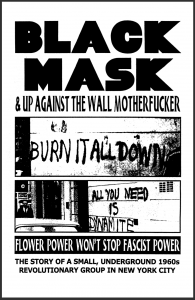 UAW-MF were an anarchist street gang operating in the lower East Side of NYC in the late 1960’s. An outgrowth of the militant Dadaist group Black Mask, the “Motherfuckers” (or the “Family”, as they referred to themselves) took over apartment buildings, storefronts, theaters and above-all the ‘public space’ of neighborhood streets and transformed them into a dense network of conflictual and vibrant experimental life. Equally hostile to organized political parties as well as “New Left” formations, the Family built-up a fiercely autonomous fabric of hippy-dropouts, Puerto-Rican street kids, homeless wino’s, disaffected intellectuals, radicalized students and others, who self-organized into a collective social force of struggle and experimentation. Operating in New York from roughly 1967-1969, theirs is a rich and complex example of territorially-immersed destituent life, whose lessons have yet to be fully drawn, in part due to the prevalence of competing narratives from this period in history, and in part due to the overall secrecy surrounding many aspects of their existence until now.

The main reading is the zine “Black Mask and UAW-MF”, but we encourage everyone to peruse the posters, leaflets, and writings of these comrades collected here. 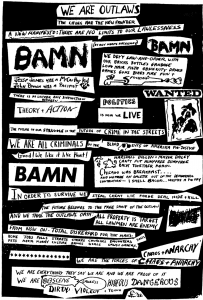 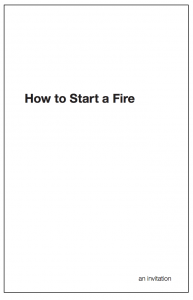 on tuesday at 730pm we will be meeting to discuss the text How to Start a Fire. the text is not online for now, but print copies are available for free at Breakaway, or you can email worldsapart@riseup.net for a printable pdf.

all are welcome to join, no background required. we only ask that you please do the reading if you decide to attend. if you would like spanish translation, please email us and we will do our best to make arrangements.

Several folks in Chi have talked about wanting to read some texts concerning communism, rupture, territory, autonomy, and so on. this blog exists as a way to announce meet-ups and make texts easy to find.

Unless otherwise noted, all meetings will be held at breakaway social center, which is at 2412 W. 24th Place, three blocks south of the “Western” pink line CTA stop.

To reach us, write to worldsapart@riseup.net